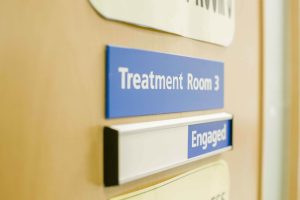 Biotechnology company ProQR has announced encouraging results from its early analysis of the phase 1/2 trial of QR-421a, an innovative approach to treating sight loss caused by mutations in a particular section of the USH2A gene.

This early stage of testing aims primarily to establish that the treatment is safe, and so far this appears to be the case, with no serious side effects reported in any of the eight treated trial participants.

In addition, two participants have experienced some beneficial effects. The first of these, who had moderate visual impairment and received the lowest trial dose of the treatment, demonstrated some improvements in peripheral vision and retinal structure, which remained six months after treatment. The second had more severe sight loss and received a slightly higher dose; this participant experienced improved peripheral vision, as well as better visual acuity equivalent to reading seven more letters on an eye chart.

On the basis of these results, ProQR will continue with the trial, enrolling more participants and starting to test a higher dose of the treatment, although the timeline is expected to be impacted by the current COVID-19 crisis. The trial is taking place at sites in the USA and mainland Europe.

QR-421a is an innovative type of therapy, which targets and effectively ‘silences’ the faulty section of the USH2A gene in RNA, the intermediary molecule that is used by cells to translate the genetic code from DNA into a completed protein. This results in a shortened but nonetheless functional usherin protein molecule, thereby potentially modifying the progression of retinal degeneration.

The treatment is given via injection into the vitreous (the jelly-like substance that fills the eyeball), which is a more straightforward, less invasive procedure than the subretinal injection required to administer gene replacement therapies like Luxturna. However, QR-421a is mutation-specific, which means it can only target faults in a particular section of USH2A known as exon 13. Those with mutations in other parts of this gene will not benefit. This emphasises the importance of considering genetic testing, which can identify the exact location of the mutation causing retinal degeneration. For more information, see www.RetinaUK.org.uk/information-support/diagnosis-and-beyond/genetic-testing.