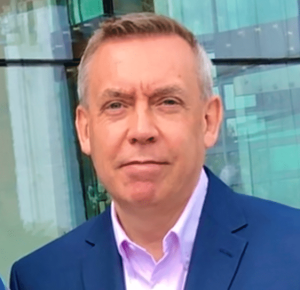 Martin spent his early career in marketing working in transport and logistics. He later worked in consultancy advising companies in the UK, US, Western Europe and Russia before moving into healthcare in 2007. During 13 years working in healthcare he has served at board level with Exemplar Healthcare Ltd, The Learning Clinic and Care UK.

Martin currently runs his own interim and board advisory practice and has recently been appointed to the boards of 2 care provider companies. Having studied and worked extensively outside of the UK he speaks fluent French and reasonable German.

His son was diagnosed with Stargardt’s at a young age which has led Martin to take a close interest in the progress of research into Retinal disease. Martin has campaigned with the RNIB and independently to raise awareness of the lack of accessible school curriculum materials. He recently chaired a fundraising campaign that successfully raised £3.5m to build a science centre at a Buckingham school.