A fond farewell and a warm welcome 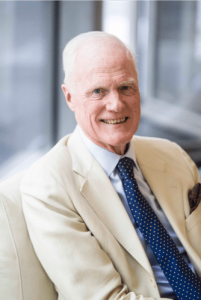 After more than 10 years of service as Chair of the Board of Trustees, Don Grocott has retired.

Don was appointed to the Board in early 2009 and as Chairman in June 2011. Don has seen the charity evolve to better meet the needs of our community over the years. He saw the transition of the charity from the British Retinitis Pigmentosa Society (BRPS) to RP Fighting Blindness in 2014 and from
RP Fighting Blindness to Retina UK in 2018. His calm and measured support has been particularly valuable over the last year, not just to our Chief Executive, Tina Houlihan, but to the whole team.

Don, who retired at our Annual Conference in April, said “I have enjoyed my role with Retina UK and know how much that has been enhanced by our wonderful supporters.

“I won’t lose touch – Retina UK will continue to be very important to me and so I will follow its progress with very real interest.

“Very many thanks to you all.” 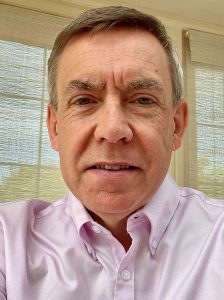 Don is succeeded by Dr Martin Kirkup who joined the charity earlier this year as a Trustee. He took over as Chair in April.

Martin said: “I am honoured to have the opportunity to take on the role of Chair of the Board of Trustees. Having a son with Stargardt disease has made me acutely aware of the critical need to drive forward the search for cures for inherited sight loss and the equally important need to support all those affected by sight loss in their everyday lives.

“I want to join my colleagues in thanking Don for his many years of service to Retina UK. He has accomplished much and built a well-deserved, deep-felt respect from all those that have had the pleasure of working with him. We wish him well in his retirement.

“He will be a tough act to follow, but I am taking it on full of enthusiasm and motivation. I am excited about the future for Retina UK, it has a strong team leading it, an amazing group of volunteers and members and a highly supportive Board of Trustees. I want to bring the insights I have built over a long career driving growth and leading marketing in the corporate world to the service of Retina UK to assist its future development.

“The manner in which Retina UK has weathered the challenges of COVID-19 is admirable and consequently we are emerging in a strong position to make even greater progress going forwards. The future is exciting!”